Skip to main content
At the occasion of OMG! Van Eyck was here, the City of Ghent is commissioning a composition from renowned Estonian composer Arvo Pärt A composer of both instrumental and vocal music, Pärt’s religiously inspired work garners international renown and fame.

In 1976 he created a unique musical language called ‘tintinnabuli’, reaching a wide and varied audience, and defining his work to this day. Meanwhile, Pärt’s compositions are among the most widely performed today.

Pärt was commissioned by the City of Ghent to write ‘Agnus Dei, the adoration of the Lamb’. This brief work for choir and organ is fully inspired by the famous masterpiece by Jan Van Eyck. Arvo Pärt entrusted his creation to Collegium Vocale Gent, the world-famous vocal ensemble led by director Philippe Herreweghe that is celebrating its fiftieth birthday next year.

The location for this event is Ghent’s St Bavo's Cathedral, where the new composition will be premiered in September of 2020 during Flanders Festival Ghent, with the composer himself attending. An extraordinary concert you cannot afford to miss!

The new composition will be premiered in September of 2020 during Flanders Festival Ghent.

Location for Agnus Dei, the adoration of the Lamb 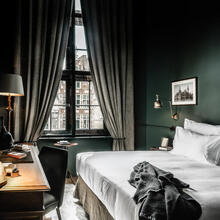 Luxury boutique hotel in the heart of Ghent

Authentic dining with a twist 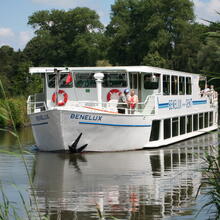