Skip to main content
Tradition and authenticity, but above all solidarity are the main characteristics of this new abbey beer.
Add to “My Trip”

Bavo is a traditional Ghent abbey beer, the brewing method of which dates back to the year 1250. It is, as it were, an ode to the work of the monks of St Bavo's Abbey who started brewing the beer in 1253.

Did you know? There were once 245 breweries in Ghent?

The name of the beer was not chosen at random. The noble Bavo converted in the seventh century and became a monk in St Bavo's Abbey. He donated his possessions for the benefit of the poor. Just like him, Bavo beer will donate part of the proceeds to two Ghent organisations that fight child poverty.

Bavo was awarded a silver medal at The World Beer Awards 2021 in the category 'Belgian Style Blond Pale Ale'.

You can taste Bavo in Ghent at Trollekelder, The Glengarry, eatery Croqino's and beer café Het Trappistenhuis.

The abbey church to convert Ganda 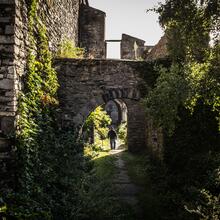 Ghent is for gourmets! 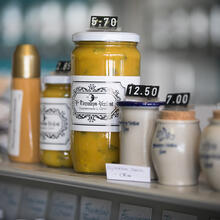 Beer café in the shadows of the St James' church 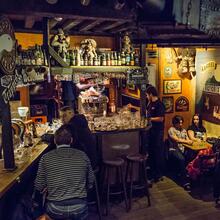