Skip to main content
The oeuvre of Joachim Koester can be described as a walk through unknown lands, both geographically and mentally. The exhibition “Altered States” unites works that explore these border areas.
Add to “My Trip”
Museum Dr. Guislain
20 March until 13 June 2021
Dates & hours of this event

In his visual work, which consists of photographs, films and video, Joachim Koester examines the impact of intoxicants on socio-economic, cultural and individual life. In the wake of shamans and hippies, but also of psychiatrists, he explores the historical context in which drugs used to be produced, trafficked and used. He subsequently establishes the link with present times.

But drugs are not the only way to reach an altered state of consciousness. Koesters’s work also walks other unusual paths and tells the story of the languages of angels, occult communes and magical gestures.

The information continues beneath the illustrations.
5 photos
Museum
Route planner
Public transport
Find a hotel for your stay in Ghent 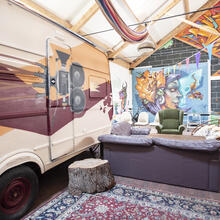 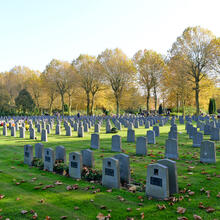 A hidden, green oasis of tranquility 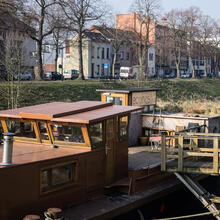