Skip to main content
Immerse yourself in a world full of exciting puzzles and riddles. Lockdown tries your sense of humour and tests your teamwork and ingenuity at the same time. Enjoy a warm welcome, discover the detailed decor, lose yourself in the story and escape within the time limit!

Lockdown sprung from a common interest of 5 good friends. A concept which immediately suited them: competitive games, lots of teamwork, inventive riddles and a ticking clock. After they had tried out various Escape Rooms, they decided to do it themselves. Would they be able to shape all of their creative ideas into a fully-fledged Escape Room? Discover it yourself in one of their rooms.
Attention: Lockdown Escape Rooms has rooms at 2 different locations.

Room 7 (3-6 people)
Room 7 is a warmly furnished Escape Room where you, as a detective, can fully focus on the many well-thought out puzzles. Not many people have been able to gather enough evidence against the killer and escape from the premises alive.
Location: Dok Noord 3C, Ghent

Red Alert (3-6 people)
Red Alert takes place in the second half of the 20th century. Several weeks ago, we had our best spy infiltrate a strategic air force base of the USSR. He should end the Cold War. A couple of days ago we lost all contact with him. Your assignment as Bravo Team consists of infiltrating this fortified base, figuring out what happened to Alpha Team and helping him with his mission.
Location: Dok Noord 3C, Ghent

Sector Z 2.0 (6-12 people)
Prepare for a world where scientists experiment on patients who are infected with the ruthless Z-virus. Many clever minds have failed to find an antidote so far. Is your team able to find a proper antidote? But beware, the Z-virus gets more aggressive by the minute. Before you know it, you’ll be hunted down by your own patients and team members. The medical world needs your help!
Location: Stapelplein 70, Ghent

Beyond Medusa’s gate (1-4 people)
Beyond Medusa’s gate takes place in ancient Greece from Assassin’s Creed Odyssey. Four players form a team that has to escape from an Aegean cave where the Argonauts’ legendary ship is anchored. A successful escape requires teamwork, problem-solving thinking and precise timing. This Escape Room is combined with VR and that is why you’ll start the adventure by selecting the proper avatar.
Location: Stapelplein 70, Ghent

Escape the Lost Pyramid (1-4 people)
February 1928, the world of Assassin’s Creed Origins. An expedition in the Sinai Peninsula, led by Sir Beldon Frye, went all wrong. A team of four people was looking for The Lost Pyramid of Nebka. They were never seen again. By a simulation of their DNA, your team will be able to put yourselves in the explorers’ digital shoes. Indeed, digital shoes, because this Escape Room is combined with VR.
Location: Stapelplein 70, Ghent

* Prices depend on the room and day.

A maximum of 24 people divided over the 3 different rooms. 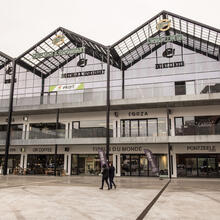 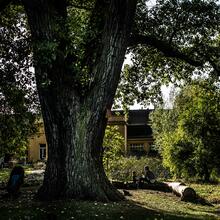 The World of Kina: the Garden 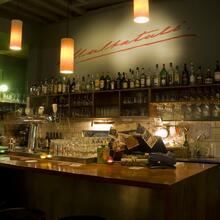 Enjoy a lovely meal along the Lys