Skip to main content
In this meat restaurant near the Castle of the Counts, you can eat as many ribs as you like! It is a popular place where local residents and students like to hang out.
Add to “My Trip”
All opening hours

De Gekroonde Hoofden is a well-known ribs restaurant in the centre of Ghent. It is based in a historical building which dates back to 1560 and was formerly known as “De Draecke”.

Do you recognise the heads on this 16th-century façade?

The façade of this 16th-century house is like a historical picture book illustrated with the heads of the Counts of Flanders from the 12th to the 16th century. The first is Baldwin of Constantinople and the last is the Spanish king Philip II. The most famous head is the one of Charles V, just above the main door. This emperor was born just a few streets further away, at Prinsenhof. 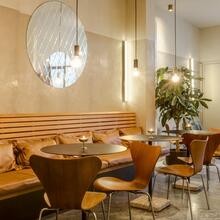 Stay opposite a mediaeval fortress 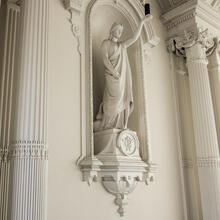 A retro touch for your interior