Skip to main content
The city of Ghent and its environs have been renowned for their floriculture and horticulture for centuries. Visitors to the Floraliën Gent will get the opportunity to discover the latest developments as to trends, durability, research and innovation.
Add to “My Trip”
Citadelpark

The Floraliën Gent have a long and fascinating history, but the future has many beautiful things in store as well.

In 1808 the Royal Society for Agriculture and Horticulture, the predecessor of the present-day Royal Society for Agriculture and Botany, the organisation behind the Floraliën Gent, was founded. One year later the society organised its first plant exhibition (salon). Until 1839 there were two salons each year. In that same year, the first five-yearly exhibition was organised, which was called “Floralies” as from 1873. That was when the fame of the Ghent horticulturalists really began to grow. The Floralies Palace was built in Citadelpark on the occasion of the 1913 world exhibition. Until 1990 these spacious halls were home to the Floraliën Gent, which then moved to Flanders Expo. The Floraliën Gent have been a dynamic, interactive city festival since 2016

The information continues beneath the illustrations.
5 photos
Flowers
Route planner
Public transport
Find a hotel for your stay in Ghent

Date not yet known

Place for research, inspiration and rest 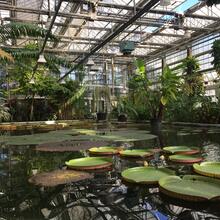 From Bosch to Magritte 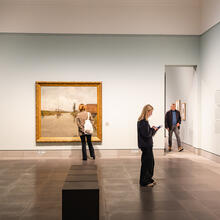 Powerful Ghent church and home of the Mystic Lamb 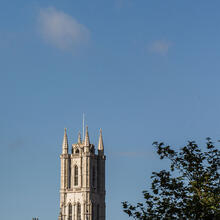