Skip to main content
The Bridge of Imperial Pleasures was built across the Lieve in the year 2000 and features sculptures by Walter De Buck (1934-2014, Ghent-born sculptor and musician). These refer to various legends relating to the life of Charles V.
Add to “My Trip”

In the 19th century numerous stories and legends were invented about the Emperor Charles – also known as Charles V – many of which are depicted at each end of this bridge.

One of the sculptures depicts a boat, referring to the story of Charles V as a ‘ship puller’. According to the legend, Charles V stood in the way of a boatswain’s towing path, causing the boat to run aground. The captain forced Charles V to pull the boat away from the shore again. Subsequently, the captain was given a new boat by the ‘ship puller’.

Near the bridge you can see another work of art created by Walter De Buck: “Taptoe Feest”. He designed it in 1993 on the occasion of the twenty-fifth anniversary of Theater Taptoe, the legendary puppet theatre company which brought the Ghent puppet theatre national and international fame from 1968 to 2009. TAPTOE's erf, the organization watching over the theatre company’s heritage, donated the sculpture to the City of Ghent and they in turn gave it a permanent place at Zilverhof. 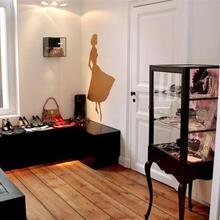 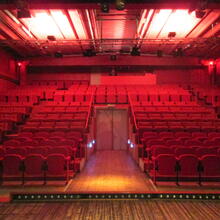 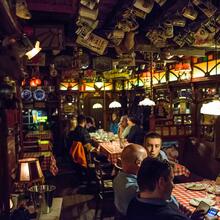