Skip to main content
The entire museum building is once again a playground for the MSK’s own collection. No less than 40 renovated galleries showcase the collection in a completely renewed presentation. The tour of the museum is exciting and surprising and leads visitors along monographic galleries, new themes and works that have never been exhibited before.
Add to “My Trip”
Museum voor Schone Kunsten (MSK)
27 March until 31 October 2021
Dates & hours of this event

The MSK is well-known for its exhibition of art from the 14th to the 20th century,  with works by Hieronymus Bosch, Pieter Paul Rubens, James Ensor, Emile Claus, René Magritte and many other artists.

But much of the wealth is hidden behind the scenes. The renovated museum brings this diversity to the fore by exhibiting not only paintings, but also sculptures, art on paper, preliminary sketches, studio material and religious objects. Some paintings are placed freely in the room, so that it’s possible to admire their painted backs for the first time.

The chronological tour of the museum also brings visitors to new thematic galleries,  which focus on man in his everyday environment. In these galleries you will find out more about the image of women 250 years of art, about poverty and wealth, about the relationship between cities and the countryside and about how people have themselves immortalised in a portrait.

Drawings, graphical works and other media give you the possibility to delve into the careers of James Ensor, Odilon Redon and Félicien Rops. Important artists like Jean Brusselmans, Raoul De Keyser, Constant Permeke and Frans Masereel finally get the space they deserve alongside strongholds such as George Minne and Théo Van Rysselberghe.

Halfway through the route you will arrive in “Gallery E”, an area dedicated to expression, emotion, education and experimentation.

Location for The Collection 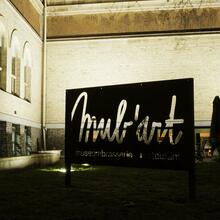 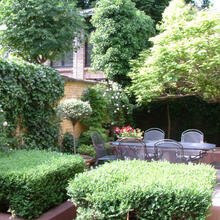 Beautiful column in the middle of an elegant water feature 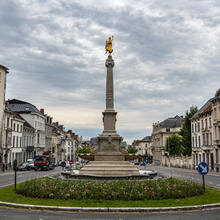