Skip to main content
The monastery chapel of St Barbara College had become too small, as a result, St Barbara Church was built as a new college church. On May 24, 1855, Italian Cardinal Matteo Gonelle laid the foundation stone consecrated by Pope Pius IX. In October 1858, the church was first opened for worship.
Add to "My Trip"

Father Jesuit Prosper Coppens, the designer of this church, originally had very ambitious plans. Unfortunately, due to a lack of funds, architect Frans Steyaert was never able to fully implement these plans. For example, the church lacks a bronze dome at the intersection. So people had no choice but to be pleased with a flat finish of the dome. The planned sculpture, which should have provided more relievo, was omitted. According to the plans, the facade also had a different look as graceful towers were drawn at both remote corners of the church.

In an attempt to achieve better finishing, three sculptures were placed on top of the gable in 1901 to represent Faith, Hope and Love. The embellishments were later removed, probably because they fell into ruin.

Since the church was deconsecrated in 2012, the building is barely being used. In 2016, therefore, the development of a new destination for St Barbara Church was commissioned. In addition, the exterior of this protected monument is in need of a thorough restoration. 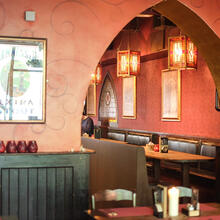 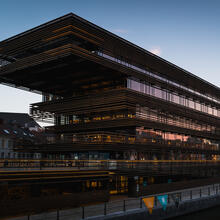