This exhilarating walk will take you along the most iconic nightlife venues in town. Not all of them have withstood the test of time, but if you close your eyes for a moment, you can almost hear the beats.

Since he accidentally walked into the Red Tape Building where the first edition of 10 Days of Techno was taking place during the 1995 Ghent Festivities, Ben Van Alboom has been fascinated by the nightlife scene. First as a visitor, then as a journalist for Knack Focus (a weekly magazine about film, music and television). In 2007, Ben took over from radio icon Jan Van Biesen as presenter of Switch on Belgian alternative radio station Studio Brussel, where he was one of the initiators of The Greatest Switch. He also helped create the nightlife platform Red Bull Elektropedia as well as the party concepts Avenue L and Dirty Movies Dirty Dancing, and collaborated with photographer Wouter Van Vaerenbergh on Angels & Ghosts, a unique series of analogue black-and-white portraits of well-known electronic musicians.

Walk a mile in my shoes

In all honesty, you’re not just walking in my shoes on this tour, but also in those of the hundreds of thousands of other party animals who have roamed the streets of Ghent over the past decades. We’re starting in Citadelpark, a park that once had a strong nightlife reputation. Of course, Overpoort still has the same reputation nowadays, although it no longer has its most legendary club, Decadance.

Over the past quarter century, De Vooruit has become a mecca for night revellers, but previously most night-time noise came from nearby Kuiperskaai. And Kuiperskaai was inextricably linked with Martino, a wonderful no-nonsense snack bar that was as central to Ghent’s nightlife as Wilfried Martens was to Belgian politics.

When the venues in Kuiperskaai disappeared – where the legendary Club 55 used to be, there is now a Match supermarket – the epicentre of nightlife shifted to Vlasmarkt and Oude Beestenmarkt. However, the clubs began moving out of the city centre with instant success stories, like those of Culture Club and Kompass. Not to mention other notable places such as the Eskimo factory, Chinastraat and the Theatre Boat, where R&S Records and Kozzmozz started the techno revolution. Although that boat was moored practically all over town in its short yet memorable history.

Finally, the route includes a few well-known (former) record shops such as Music Man and Fried Chicken Records. Because a party town without record shops is like Martino without cheeseburgers and fried eggs.

Partying into the wee hours
Inspiration

From drum & bass to breakbeat and dubstep
Inspiration

I Love Free the Kozzmozz Days of Techno Funk
Inspiration

A quick bite before diving into the nightlife
Inspiration

From Kortrijk with love
Inspiration

Dance among the stars
Inspiration

Looking for some hot STUFF. this evening?
Inspiration

When the cat's away the mice will play
Inspiration

From pop-up to the best club in the country
Inspiration

The 1980s have called, they want their club
Inspiration

To boldly go where no man has gone before
Inspiration

Put on those walking shoes

Experience Ghent through the eyes of a photographer 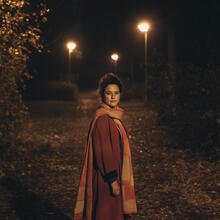 Stroll along the places that inspired the DJ brothers 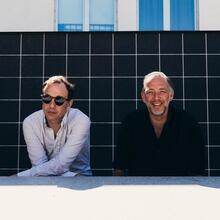 A walk to discover together with the kids 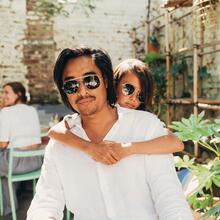